The Book of Souls is the sixteenth studio album by English heavy metal band Iron Maiden, released on 4 September It is the band's first studio double. All of the information about Iron Maiden's new album 'The Book Of Souls'. View the track listing and get your copy of the Limited Edition Deluxe CD, CD, Triple. This is the title track of Iron Maiden's 16th LP. While not a concept album, references to the soul and mortality appear throughout the record. The loose theme is. Once I started to think about the songs in this context, I began to appreciate the work for what it is. That being said, I feel that the production of the album would benefit from a heavier, fuzzier guitar tone and a better balance between the various instruments.

The guitars are drowned out by the vocals, and the synthesizers are buried pretty deep - this too, however, becomes less important as I listen more, because I get used to the mix as it is, and the details emerge to become clearer.

As an example, I didn't even notice the synthesizers backing up the verses of "The Great Unknown", but once I did, it added to the fullness of the sound and now I can't unhear them. In that sense, the production actually adds longevity to the songs as there's more to discover.

The Book Of Souls

My main complaint in my first attempt at a review was that there was nothing new under the sun. In most songs you can hear echoes of earlier material, sometimes to the point of feeling like they plagiarized themselves the worst offender being the introductory guitar melody of "Shadows of the Valley" - it hews very, very close to the opening of "Wasted Years". Listening to "The Red and the Black", the only song penned solely by Steve Harris, I thought the opening riffs sounded like they came straight from Killers, the chugging riff before the verse made me sing the lines of "Quest for Fire", and the vocal lines reminded me of "Rime of the Ancient Mariner".

Yet, right now, "The Red and the Black" has sailed up as a favorite!

Somewhere along the line, I went from frowning disapprovingly at what I heard, to singing along and feeling a genuine rush of love for the band. It's a hymn, all right, and I'm pretty sure it will slot in nicely on the band's setlist. It's long, yes; the second longest track on offer, in fact, but even as it is brimming with callbacks to older material, it has grown into a song I really enjoy listening to.

I've complained loudly about their long songs on the last four or five albums being too stretched out, with too little variation, but on this album I feel the long tracks are sufficiently varied to maintain interest.

The last half of "The Red and the Black" has many different parts, often supported by synthesizers, including one especially memory guitar harmony that is as classic Iron Maiden as it gets without being a direct rip-off of earlier material; it's a part that is reminiscent of a part in Opeth's "In Mist she was Standing" Orchid, , a simple but effective melody that gives me the feels all over, in the same way their guitar harmonies did on the first seven albums the part starts at I do wish they had more of these parts spread across the two discs, but I'm pretty happy with this one.

It reminds me of all those guitar harmony parts from their older days that I cherish, like, for example, the part that begins at in "The Duellists".

While a song like "The Red and the Black" can be considered a "safe" song in the sense that it is Iron Maiden through and through, the band does actually sound genuinely fresh elsewhere - something I failed to hear because I was so hanged up on the tempo of the songs.

I wanted some kick-ass flurry of galloping Maiden, and a song like "If Eternity Should Fail", which kicks off the album, is building up rather slowly, turning into a great tune with some solid hooks that you may have missed on the first spin.

Bruce: "Originally I was going to write a song about World War I and the soldiers who operated the dawn patrols — something a bit atmospheric. So I started thinking about the R Only five of the passengers survived when it crashed. So I started putting it together piece by piece.

It was difficult, because I wanted to get everything as historically and technically accurate, but still making it… poetic, I guess. It was a quote from the Secretary of State for the Air, who perished in the crash on the maiden flight to India. Bruce: "I knew it was potentially going to be reasonably lengthy, because you had to tell the story. But it did grow. And yes, it was outside all of our comfort zones.

Bruce: "When we got to the studio, I had probably about two thirds of it written, but in no particular order. And there were other bits I had to finish up.

There was this amazing Steinway grand in the studio. So I would stay late after school every night bashing away on this piano, scribbling ongoing lyrics, writing extra bits. I just let it grow, and the arrangement kind of grew with it. Steve loved the song. Adrian: "Hmmm laughs. 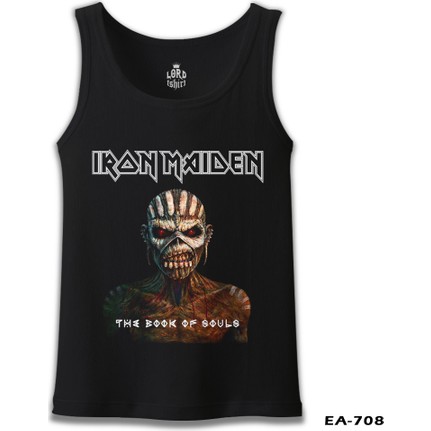 Bruce is not a trained pianist. But he can vamp out a bit. Some of the bits he did were a bit… rustic, for want of a better word.

So we patched him up here and there. But it was better to do that and have him playing, for the feel of it. I think a proper pianist, if you like, would come in and play it too nice, too clinical. Adrian: "For all of us, that song was a challenge to play. But because I was writing it in the studio, that was a great advantage. We could piece it all together as we went along. Bruce: "That has a lot to do with Nicko.

He really bought into the story. I told him I wanted all this dissonant stuff for the airship plummeting to earth.

I wanted that in the percussion. You take a violin bow, scrape it against the edge of the gong, and it just resonates.

That was the moment I had in my head. Steve: "Well, that song was a fucking nightmare for me. But in the end, I wrote some new melodies for the song, and we combined this with some ideas that Janick had. It turned out really well. It intrigued me, in the same way that I was interested in ancient Egypt when we did Powerslave. The Mayans believed in the Underworld and were scared of losing their souls. That mystical element was the key to the song. I triplane, which he exhibits at flight shows and the band introduced its own ale, Trooper, co-formulated by Dickinson with Robinsons Brewery in Stockport, England.

Thus the guys hardly sit on their laurels, no matter the duration between albums. Though Steve Harris maintains "The Book of Souls" is not a concept album per se, the depiction of Eddie as a painted Mayan who were big on the maintenance of souls for the afterlife and the superb effort put into this project indicates a suggestive life after death, if you like.

The opening of "If Eternity Should Fall" is an awkward splash of squelchy synths, but hang through it. Bruce Dickinson is there to hold your hand as the trusted voice of guidance he is and the band plants down soon enough, staking a traditional MAIDEN march through the endeavor.

The payoff comes with a tribal roll ushering a picked-up solo section. Though things don't rocket here, the break-in is solid, setting up for a final round of the chorus and then an awkward demonic narrative introducing the album's figurative harvester of souls.

Frankly, it's a nutty move, but don't be put off. If you will, this album's "El Dorado" or "Bring Your Daughter to the Slaughter" is the debut single "Speed of Light", a lighter fare straight rocker that has a killer piston pop to keep it from being altogether smarmy. Steve Harris' back-and-forth chord hums work in perfect congruence with Nicko McBrain's pounds and cymbal dots while the front line guitars of Adrian Smith, Dave Murray and Janick Gers spool gleefully along the verses, conveying the song's title without going into shred turf.

The tradeoff solos are terrific as always and elevate "Speed of Light"'s rock digs right where it should be.Another thing that I at first complained about was Bruce's vocals which I found too strained and grating.

Good news, folks, it's fantastic. So there was a bit of that going on with me. Somewhere along the line, I went from frowning disapprovingly at what I heard, to singing along and feeling a genuine rush of love for the band.

Fans may expect a turbulent 18 minutes considering the track's subject matter, but "Empire of the Clouds" approaches chaos rather passively, instead remaining focused on theatrical mastery often found in a Broadway playhouse.

HR in Croatian. So we patched him up here and there. You take a violin bow, scrape it against the edge of the gong, and it just resonates.

ALEEN from Hartford
Feel free to read my other posts. I take pleasure in dirt jumping. I am fond of unaccountably.
>